At next week’s STC Summit I’ll present They’re Coming! Combining Teams and Cultures. If you’re coming to the Summit, I hope to  see you in my session on Tuesday, May 22, at 4:00. 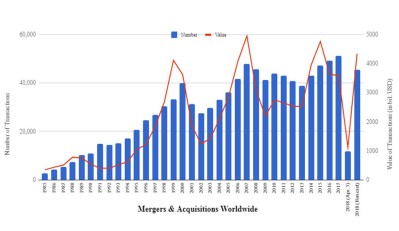 If you work for a company in almost any field, chances are good that you recently went through a merger or acquisition, or that you’ll go through one soon. Research by the  Institute for Mergers, Acquisitions and Alliances (IMAA) shows that M&A activity has increased steadily over the past 30 years, in every part of the world.

They’re Coming! is about the changes in people, workflows, and tools that accompany mergers and acquisitions (M&As).

On both sides of an M&A, fear might drive people to think They’re coming! A bunch of strangers is coming to take away my job or to wreck the corporate culture I’ve enjoyed.

In 1854, John Ball, newly elected to Parliament, stood in the House of Commons to suggest that, just a few years hence, it might be possible to predict London’s weather 24 hours in advance.

He was drowned out by laughter.

Not much more than a century and a half ago, the notion of forecasting the weather sounded preposterous. So let me tell you a story.

Because you’re reading this blog, you probably make your living by communicating. As communicators, we don’t always enjoy the same prestige as scientists, inventors, and the other “movers and shakers” in our world. We might be tempted to think that they’re the ones with the ideas; we only communicate about their ideas. Yet the story of how weather forecasting became reality is a story of communication. END_OF_DOCUMENT_TOKEN_TO_BE_REPLACED

When actor Alan Alda signed on to host the PBS show Scientific American Frontiers, in which he talked with scientists about their work, he did what most good interviewers would do. He read up on his subjects and their research, and he prepared a list of questions.

As Alda tells it, the first interviews were dull, dull, dull. 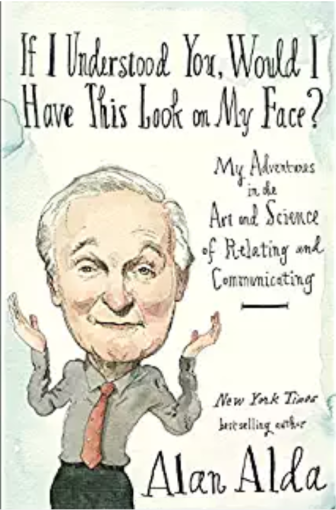 Then he tried a different approach. He did only cursory background reading. He didn’t prepare a list of questions. Instead, he sat down to have a conversation instead of an interview.

In his new book, If I Understood You, Would I Have This Look on My Face?, Alda describes what happened. The scientists, realizing they were talking with an interested layperson, started connecting on a personal level rather than delivering lectures. Alda, able to sense the scientists’ thoughts and feelings in the moment, let the conversation flow naturally and comfortably.

Instead of playing the role of a lecturer to a student, or an interviewee to a reporter, the scientists connected with Alda — and, by extension, with the PBS audience — as people talking with people.

Empathy: the key to communication

Alda’s book bears out a lot of things that technical writers already know. Empathy, he writes, is “the fundamental ingredient without which real communication can’t happen.”

Alda writes, “My guess is that even in writing, respecting the other person’s experiences gives us our best shot at being clear and vivid, and our best shot, if not at being loved, at least at being understood.”

He’s also right when he talks about connecting with an audience: “You make a connection by evoking emotions. A great way to evoke emotions is by telling stories. Stories are most effective when you establish commonality with the listener.”

Alda backs up his experience on Scientific American Frontiers with some impressive scholarship. He talks with an array of experts. (It’s easy to get a meeting when you say, “Hi, I’m Alan Alda and I’d like to chat with you about your work.”) He reports on a number of research projects.

Some of the projects were Alda’s own handiwork. He was and continues to be a guiding force behind the Center for Communicating Science at Stony Brook University. His contributions to the science of interpersonal communication are such that STC (the Society for Technical Communication) named him an Honorary Fellow in 2014.

Still, despite all of his scholarship and all of his hard work, Alda’s conclusions come as no surprise to most technical writers. We already know about analyzing the audience, about connecting with readers, and about telling stories.

Where Alda adds real value for me is when brings his life’s work – acting – into the picture. Much of the book describes his experience with improvisation, in which actors create scenes together without a script and without any expectations as to the outcome. END_OF_DOCUMENT_TOKEN_TO_BE_REPLACED

Want to know what it’s like to live inside an introvert’s head? Liz Fosslien and Mollie West have drawn you some pictures.

At first glance I thought Fosslien and West were oversimplifying things. (Sounds like the introvert in me, doesn’t it? Saying that things aren’t as simple as they seem.) But before long the drawings had grown on me.

Here’s the first one. It’s the first thing you’ll see – before you see any text at all – when you pull up the article.

At first I didn’t like this at all. I took it to mean that, as an introvert, I’m an undisciplined thinker.

But if I’m honest, I have to admit it works like this. When I see and hear things, they run through a gauntlet of filters — connecting with memories, bouncing off feelings, coalescing into plans — before emerging as thoughts. It means that I might not always be quick to reply. But my reply, when it comes, will likely take into account all of the relevant factors.

Does it mean that the introvert’s way is better? END_OF_DOCUMENT_TOKEN_TO_BE_REPLACED

Today’s news brings word that Harvard University is allowing its students to pick the gender pronouns by which they would like to be called. 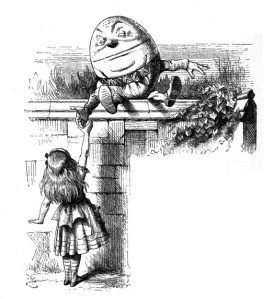 When I use a word, it means just what I choose it to mean — neither more nor less.

In addition to the traditional he and she, students can select the now commonly accepted they. Or they can select other, less well known options like ze, hir, and hirs.

According to a Boston Globe story, the move by Harvard “is aimed at increasing inclusion on the campus.”

I’m all for inclusion. Yet, as the old maps used to warn navigators when they approached unexplored territory, here be dragons.

Why? Based on what I know about human communication, I’d say that Harvard’s new policy will increase, not decrease, the odds of someone taking offense. And the long-term effect might be to shut down, not enhance, communication.

Communication depends on everyone having a more-or-less shared understanding of the language they use. If I use a word, I expect you to know what I mean, and vice versa. I don’t use obscure meanings — unless I’m trying to confuse or mislead you, which is the opposite of communication. I also make a good-faith effort to interpret your words in the way you intended to use them.

But unless I know all the nuanced rules for using words like ze, hir, and hirs, the risk of misunderstandings — and hurt feelings — increases. Will I need to learn a special argot just to communicate with people on the Harvard campus?

Sounds like a lot of trouble. Maybe I just won’t bother.

By seeking to create an “inclusive” atmosphere, by building a cocoon in which no one’s feelings are hurt, Harvard is actually increasing the likelihood that someone will take umbrage. And they might be discouraging people from trying to communicate at all.

There go the people. I must follow them, for I am their leader. 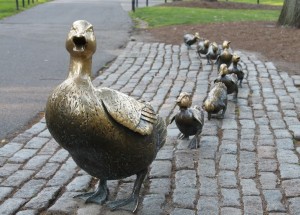 You’re a good leader. You can explain how to get things done. You can persuade when necessary. Above all, you excel at leading by example.

So everyone on the team is in lock-step, working in perfect harmony and at maximum efficiency, doing things exactly as you envision them being done. Right?

Wrong. It doesn’t always go that way. If you’re like me, it hardly ever goes that way.

So what does it mean when your people go their own way? END_OF_DOCUMENT_TOKEN_TO_BE_REPLACED