Seth Godin took me to school. Oh, I’m sure he doesn’t realize it. But his April 11 blog post sounded like a direct rejoinder to my earlier piece: Just the right choice of words.

Here’s what Seth had to say:

If you watch a well-directed film with the sound turned off, you’ll get a lot out of it….

There are a few places where all that matters is the words. Where the force of logic is sufficient to change the moment.

The rest of the time, which is almost all the time, the real issues are trust, status, culture, pheromones, peer pressure, urgency and the energy in the room.

In fact, Seth’s post echoes the response Mark Baker wrote to my piece:

It isn’t the choice of individual words. It is the juxtaposition of words that achieves the effect. The art is not in the selection but in the arrangement, not in the vocabulary but in the story.

Both Seth and Mark know their stuff. So, did they take me to school? Do I feel chastised? Ready to write a retraction?

Earlier this month I participated in the Transformation Society’s Probing Our Future study — and wrote about my initial impressions.

The people behind the study, Ray Gallon and Neus Lorenzo, came up with a list of “superpowers” with which content creators (including, but not limited to technical writers) can improve the content they deliver and the way they deliver it. 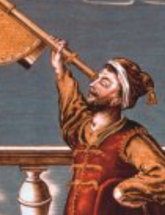 As I ponder this, I notice that some of the superpowers are rooted in a common objective: knowing our audience so well that we can deliver exactly what they need, when they need it. The superpower of mind reading, for example, would let us know essentially everything about our audience. Things like:

The list could go on. But you get the idea: if we want to know our audience, there’s a lot to know.

Even though the information industry has made great strides with things like web analytics and inference engines, I think it’s obvious that we’ll never know everything about our audience. Especially since each member of our audience presents a constantly moving target. For example, think of how much you’ve changed in the last year or so in terms of reading habits, or domain knowledge, or experience level with a particular software program.

It follows, then, that we’ll never be able to give them perfectly tailored content precisely when they need it.

So what can we do? END_OF_DOCUMENT_TOKEN_TO_BE_REPLACED 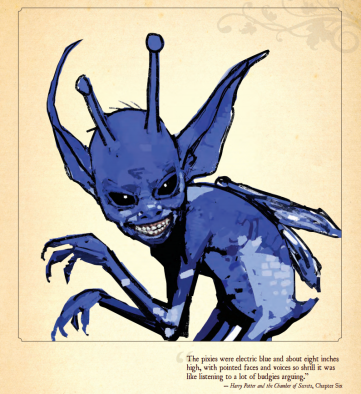 Monsters are part of Harry Potter’s world. Some leaders would like us to think they’re part of our world too. (Image credit below)

In the run-up to last June’s Brexit referendum, J.K. Rowling wrote a brilliant piece about storytelling:

“I’m not an expert on much, but I do know how to create a monster,” she began, going on to say that all political campaigns tell stories and that one side in the referendum — the Leave side — had worked especially hard to create monsters, or villains.

Former British Prime Minister Tony Blair, writing a day after the vote was taken, explained the outcome by saying the populist Leave side had told its story better than the political center — the Remain side — had:

“The political center has lost its power to persuade and its essential means of connection to the people it seeks to represent.”

He didn’t say that Leave had a better story. He said they told it better.

In politics the spoils often go to the best storyteller.

I’ve found that in leadership in general, the best storytellers make the most effective leaders.

A story has a beginning, a middle, and an end. For many leaders, including politicians, the beginning and the middle are simply a recap of the listeners’ current circumstances.

A story makes an emotional connection with the listeners. Too often in today’s politics that connection is rooted in fear. In leadership the best connections are rooted in shared hopes and in a sense of cohesion, of belonging. We’re in this together, and together we’ll succeed.

Several of us, notably Mark Baker, have pointed out that storytelling is essential to technical writing as well. We guide our readers from a beginning point through a set of steps (the middle) to the desired outcome (end).

We try to connect emotionally with our readers: gaining their confidence, reassuring them as they move through the steps, and congratulating them when they finish.

Does it follow, then, that technical writers have an edge when it comes to being good leaders? I think it does, as long as we remember that we’re storytellers and that our calling is to help people meet their goals.

What do you think? If you’re a technical writer who became a leader, did you find that your skill at the one helped you succeed in the other?

Update, 30 June 2016: My colleague Ray Gallon has broken down the “Leave” story in detailed and illuminating fashion. Highly recommended: The Morning After: Brexit of Champions.

First, some background: Mark Baker recently wrote a piece in which he rightly derided the DIKW (data, information, knowledge, wisdom) pyramid as a model for communication. He pointed out that pure data, without a story to give it context, is meaningless.

Then he set out to replace the pyramid with a different model: a stack of turtles, each one riding on the back of the one below it. The stack, in Mark’s words, “is stories at the bottom, in the middle, and at the top. It is stories, like turtles, all the way down.”

That sounded good to me. Then I saw a story without any data. END_OF_DOCUMENT_TOKEN_TO_BE_REPLACED

Did you see the news story about the Florida chef who refuses to let his patrons put ketchup and salt on their burgers?

If you’re older than 10, says chef Xavier Duclos, you have no business adding any flavoring to the dishes I’ve prepared. I’m the chef. You have to trust my judgment. And that’s that.

If I were a customer of Mr. Duclos’, I’d beg to differ. Having plunked down $12.95 for one of his burgers (that’s the going rate, according to his menu), I’d say that I’d bought the right to season my food as I liked.

Mr. Duclos has heard that argument, and he rejects it. At best he and I would agree to disagree.

At the same time, I understand where Mr. Duclos is coming from. END_OF_DOCUMENT_TOKEN_TO_BE_REPLACED

Mindtouch has updated its list of the most influential Tech Comm experts, and I’m flattered once again to be on it. Especially when I find myself sandwiched between two of my favorite colleagues from the UK: David Farbey and Colum McAndrew. 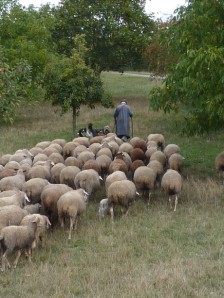 My enthusiasm is tempered, however, because the list omits some pretty bright luminaries — people like Sharon Burton, Mark Baker, Danielle Villegas, and Julio Vazquez. By any measure, these people are influencers in Technical Communication.

Which leads to a couple of questions: How do you measure influence? And why don’t we do a better job of it?