With the Chicago Cubs in 2016, backup catcher David Ross played in only 75 games (out of 179). Yet, when the Cubs won the World Series, the other players carried him off the field on their shoulders.

Because Ross was a good teammate. The oldest player on the team, he was known in the locker room as “Grandpa.” The younger players knew they could have fun with him, but they also knew they had an honest, dependable mentor.

The team’s manager, Joe Maddon, depended on Ross too. As a player working with fellow players, Ross could provide guidance and leadership the manager and coaches couldn’t. The kind of leadership that says, “I’m in this right along with you.”

Lots of leaders lead from up front, like a general riding into battle.

Some leaders lead from behind — providing guidance and removing obstacles, but preferring to cast the limelight on the team rather than on themselves. Leading from behind has much in common with servant leadership.

Then there are leaders, like Ross, who lead from within. Rather than a job title (VP, Director, Manager), their leadership is based on the trust and respect they’ve earned from the team.

Now retired from baseball, Ross has written a book, Teammate, in which he describes the attributes of a good teammate — in baseball, in business, or anywhere. END_OF_DOCUMENT_TOKEN_TO_BE_REPLACED

After years of toiling in obscurity you find yourself in a position of power and influence. After years of never being heard you’re now being sought out.

You waited a long time for your day in the sun. Now that it’s arrived, how do you handle your change in fortune? 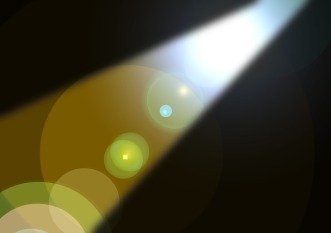 When the limelight shines on you, don’t let it blind you.

Even though the limelight is now shining on you, remember that only recently you were in darkness. When you were struggling, you probably worked hard to keep things in perspective and to maintain healthy self-respect. Lacking power and authority didn’t mean you were less valuable than other people.

Now you need to work just as hard to hold onto that sense of perspective. You’re still the same person. Having power and authority doesn’t make you better than everyone else. If you try to act like you are better, you’ll likely lose people’s respect — and with it, you’ll lose your power and authority.

Finally, it’s not for nothing that there are so many quotations and proverbs about the need for humility: For pryde goeth before and shame commeth after (John Heywood). Everyone who exalts himself will be humbled, but the one who humbles himself will be exalted (Luke 18:14).

Be a servant leader

Now you can put into practice the things you wanted from your old managers. Now is your chance to become, in the words of Robert K. Greenleaf, a servant leader: a servant first, a leader second.

Say things that are worth hearing

At long last, people are listening to you. It wasn’t easy to get their attention; it’s even harder to hold onto it. Don’t waste your opportunity by saying things that are self-serving, manipulative, or deceptive.

These thoughts were prompted by two baseball teams — the Chicago Cubs and Cleveland Indians — who’ve just qualified for the World Series and who’ve gone a very long time since winning their last championships (1908 and 1948, respectively).

Over the next few days the Cubs and the Indians will try to make the most of the opportunity they have. After decades in the darkness, they’re in the limelight. I can’t wait to see how they’ll respond.

What about you? Did you ever find yourself in the limelight after years in darkness? What did you do with your opportunity?