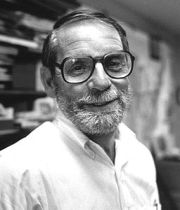 The genre is called creative nonfiction, and nobody does it better than John McPhee. This year marks the 50th anniversary of McPhee’s first published work, a portrait of basketball star Bill Bradley. Since then he’s written about dozens of topics — especially nature and conservation.

The Wikipedia entry for creative nonfiction distinguishes it from technical writing because the latter is “not primarily written in service to its craft.” I’m not sure what that means — it sounds like creative nonfiction is writing for writing’s sake. If you suggest to John McPhee that he writes “in service to his craft” I think he’ll be surprised.

I maintain that creative nonfiction is true technical writing. Although it might not guide a reader through a series of steps, it informs the reader about a scientific or technical subject.

Judge for yourself as McPhee describes Georgia’s Cumberland Island.

Cumberland Island, a third larger than Manhattan, has a population of eleven. Its beach is a couple of hundred yards wide and consists of a white sand that is fine and soft to the touch. The beach is just under twenty miles long, and thus, although there are no obstructions whatever, it is impossible to see from one end of it to the other, because the beach itself drops from sight with the curve of the earth. Wild horses, gray and brown, roam the beach, apparently for the sheer pleasure of the salt air. Poachers round them up from time to time and sell them to rodeos for fifteen dollars apiece. Wild pigs seem to like the Cumberland beach, too. The figure of a man is an unusual thing there. New, young dunes rise behind the beach, and behind the dunes are marshes, fresh or tidal. In some of the marshes and in ponds and lakes elsewhere on the island live alligators fourteen feet long. The people of the island will not say specifically where the alligators are. They are fond of their tremendous reptiles. Poachers, commando-fashion, come for them by night, kill them, and take just the hides. Behind the marshes stand the old dunes, high, smooth as talc, sloped precipitously like lines of cresting waves, and covered with pioneer grasses. At the back of the dunes begins a live-oak forest. The canopies of the oaks nearest the beach have been so pruned by the wind that the appear to have been shaped by design in a medieval garden. Among the oaks are slash pines and red cedars — trees also tolerant of salt. Sand-lane roads wind through the forest. Poachers use them in pursuit of white-tailed deer. Hotels in Jacksonville pay thirty-five dollars a deer. Through the woods run thousands of wild pigs. Now and again, a piglet is stopped by a diamondback.

A generally high bluff rims the western shore of the island, and along it are irregular humps — Indian burial mounds that have never been opened. Watched from the bluff, sunsets gradually spread out over a salt marsh five miles wide. This distance from the mainland in part explains why Cumberland Island remains as it is at this apparently late date in the history of the world. There is no bridge. The salt marsh is the most extensive one south of the Chesapeake. It is dominated by cord grass that rises higher than a man’s head. The higher the tide, the higher the grass in a tidal marsh, and the Georgia coast has seven-foot tides. An acre of that marsh is ten times as fertile as the most fertile acre in Iowa. Roots of the cord grass reach down into the ooze and mine nutrients. When the grass dies and crumbles, it becomes high-protein detritus. Shrimp spend a part of their life cycle in there eating the crumbled grass. In the marsh, too, is a soup of microscopic plants, of phosphorus, nitrogen, calcium. Oysters grow there. Fish feed in the marshes and on marsh foods washed by the tides. If a quarter acre of marsh could be lifted up and shaken in the air, anchovies would fall out, and crabs, menhaden, croakers, butterfish, flounders, tonguefish, squid. Bigger things eat the things that eat the marsh, and thus the marsh is the broad base of a marine-food pyramid that ultimately breaks the surface to feed the appetite of man.

In just a couple of pages McPhee gives us a detailed portrait of the island, its landforms, its flora, its fauna, and the human presence there.

He does so using incredible powers of observation, an easy and well-paced writing style, and above all a gift for storytelling. I’d say that all of these qualities are compatible with good technical writing and in fact would be welcome in any technical writing.

What do you think? Is creative nonfiction different from technical writing? If so, why?

Who would you nominate as a nonfiction writer who doesn’t get enough credit for being a good technical writer?